Strengths: They look a well-balanced XI, don’t they? And the squad has depth with good bowling cover for Anrich Nortje in the shape of Mustafizur Rahman. Likewise Tim Seifert cam come in and hit in any position if they lose an overseas batter.

Weaknesses: Despite the well-assembled unit, it’s hard not to reckon Delhi have gone back in time. The returning David Warner is on the wane and there’s a sense that they are an inferior version of the team which should have won at least one title in the last couple of years. The wait for a first win might go on.

Weaknesses: There are two weaknesses. Anmolpreet Singh and Tilak Varma, who we have down in our possible XI, are completely unproven. If they don’t play, two other thrusters will have to. It’s unusual for such a storied franchise to step into the unknown like that.

Strengths: This lot are the intent merchants. Coach Brendon McCullum will insist on reccklessness with the bat and it’s a shrewd strategy with Pat Cummins at number eight. They look a dangerous unit.

Weaknesses: They may well need to be quick with the bat because they could be pricey in the field. Sunil Narine opening again looks a must after they fudged the auction somewhat. Andre Russell’s fitness is again an issue.

Strengths: Faf Du Plessis taking over as skip from Virat Kohli is a major boost. Tactically they should be sharper. Mentally, too. Pairing top wicket-taker Harshal Patel and Josh Hazlewood looks like a masterstroke. Wanindu Hasaranga, if he hasn’t already, can confirm superstar status with bat and ball.

Weaknesses: Look at Kohli’s boundary percentage in the number three slot. It’s the worst return of any three. And only two other batters in our projected line-ups have a worst rate. It is arguable that RCB will never win a title until they get rid.

Strengths: The champs look in decent femttle again. And you could pick three or four for the game-changer slot. Moeen? Ruturaj? Rayudu?

Weaknesses: Dhoni has been slowing them down for a while now. Don’t be fooled by the myth of his captaincy masterstrokes, either. More significant is the loss of pacer Deepak Chahar. He is injured and is likely to miss the whole shebang. There’s few solid replacements it would seem.

Strengths: Punjab have assembled one of the best batting line-ups and surely they will make their first appearance in the play-offs. It is the best-balanced squad we can recall. Kagiso Rabada apart there are few star names with the ball but it’s a capable line-up. To that end, Rahul Chahar is a good pick-up.

Weaknesses: West Indies’ talented Odean Smith is a harsh pick as game logger. It’s purely because there’s a lot of pressure on him to perform in the all-rounder role. Can he live up to the hype as the new Dre Russ? It’s harsh to expect him to perform such a pivotal role so early in his IPL career.

Strengths: The Royals have done a good job in the auction with the bowling group. They have covered every base. Trent Boult and Prasidh Krishna are wicket-takers while Ravi Ashwin and Yuz Chahal (above) can keep it tight. Strong.

Weaknesses: The pay-off are a few holes with the batting. A lot rests on Shimron hetmyer bringing his best game. Not guaranteed. He can’t get in the West Indies teams. Jos Buttler might have to bat at three, too with Dav Padikal better suited to the opening slot with the potentially dangerous Yas Jaiswal. 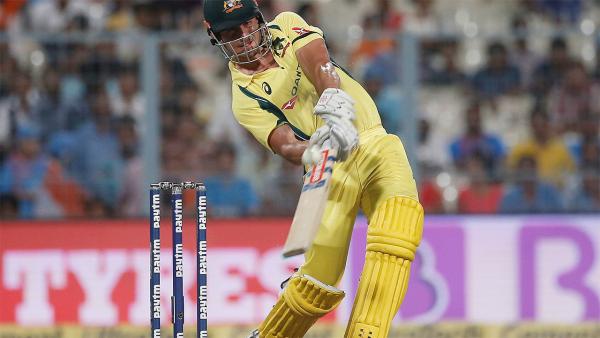 Strengths: Rahul and De Kock have the potential to dovetail perfectly in the opening slot, giving them a great chance for late assaults. That’s what makes Stoinis so important

Weaknesses: Given that strong top two it’s surprising they’ve wasted a wager on another opener, Evin Lewis. That suggests muddled thinking. Likewise the injury to Mark Wood. Who comes in for him? Dusmantha Chameera is solid but there’s not much depth.

Strengths: They’ve got stronger since the mega auction, which is a blessing. Gurbaz is an upgrade on Jason Roy. They needed firepower up front after spending big on Hardik and Rashid Khan. Those two will win them games on their own.

Strengths: Err… Well, Natarajan is an ace death bowler so that’s a positive. And he should form a decent partnership with Bhuv Kumar again. But much depends on Nic Pooran and Abdul Samad (time for a big season) firing with batting intent.

Weaknesses: They’ve lost Rashid Khan and one of the best IPL bowling units in history has completely broken up. The format has moved on, though and they’ve not moved with the hitting times. They are joint-bottom on boundary percentage rank.