Novibeta European operator of iGaming and online sports betting, is set to go public on Nasdaq through a special purpose acquisition (SPAC) merger with Artemis Strategic Investment Corporation in a deal that values ​​the company at $696 million.

Logflex MT Holding Limited (doing business as Novibet) and Artemis jointly announced Wednesday that the companies entered into a definitive agreement for a business combination, whereby Artemis will merge into a new wholly-owned subsidiary of Novibet in a transaction based on Novibet’s pre-transaction enterprise valuation of $625 million. Following completion, Novibet’s ordinary shares will be listed on the Nasdaq Stock Market. Artemis founders and existing Novibet stakeholders will hold approximately 75% of the combined company at close.

Rodolfo Odoni, current owner of Novibet will be named Chairman. George Athanasopoulos will remain as the company’s CEO. Artemis will appoint two representatives to the Novibet Board of Directors.

The proposed transaction has been unanimously approved by the Boards of Directors of both companies and is expected to close in the second half of 2022subject to approval by Artemis’ shareholders and other customary closing conditions. 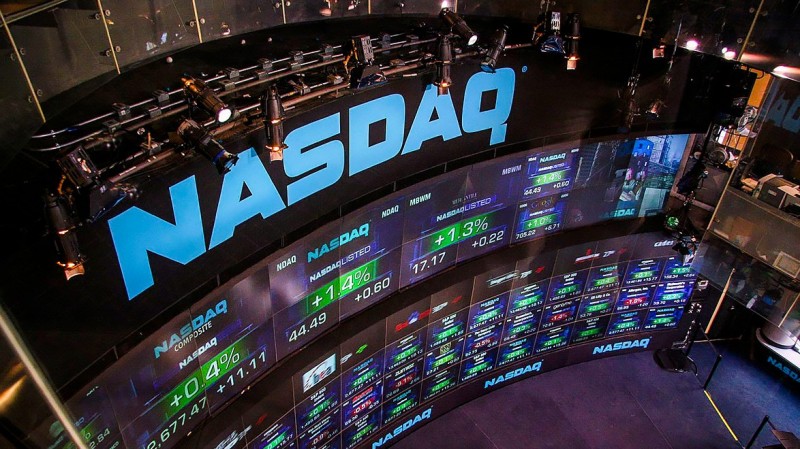 Novibet’s current operations and offerings include an iCasino platform that offers one of the largest online slots portfolios in the global gaming industry, including more than 5,000 casino games and 180 progressive jackpot games. Also, it runs an online sportsbook platform that has strong brand awareness across its markets, with an opportunity to establish a differentiated brand in North America based in part on an internal team that covers more than 400,000 events across more than 20 sports. acclaim, Novibet’s scalable and flexible technology positions the company to address future growth with emerging iCasino verticals such as live games, which is complemented by a proprietary platform for customer relationship management and technology.

Novibet plans to leverage the proceeds from the merger and expected ongoing positive cash growth to execute a multi-pronged growth strategy. This includes market share increase and expansion into additional European markets. In addition to continued growth in Greece, Italy and Ireland, Novibet has developed a multi-phase European expansion plan to enter Sweden, the Netherlands, Romania, Belgium, Hungary, Germany, France and Spain via a joint venture partnership or strategic, accretive M&A.

Also, the operator seeks to enter emerging and regulated iGaming markets in North America and multiple Latin American markets. US and Canada represent an estimated $37+ billion 2026 regional opportunity, and Novibet has entered into market access agreements for iGaming in Pennsylvania and is finalizing market access agreements for six additional US stateswhile seeking a direct license to operate in Ontario and in other Canadian provinces as they become regulated.

Latin America represents an estimated $4+ billion 2026 regional opportunity. Novibet believes it is close to finalizing a market access agreement for Mexico with a land-based operator and is seeking to enter additional Latin American markets (Peru, Chile, Brazil, Colombia and Argentina) via a joint venture partnership or through strategic, accretive M&A.

In addition, Novibet is pursuing a return-focused acquisition strategy to acquire complementary iGaming operators to further diversify its markets and sources of revenue and grow cash flow. Novibet is reviewing several pipeline targets in key new regulated markets that can increase its scale and reach, provide technology synergies, and/or provide new licenses in locally regulated markets.

“Novibet has a strong record of success developing a superior technical platform to address the global iGaming opportunity in a manner that delivers profitable financial performance and positive cash flow. This record, combined with its demonstrated ability to successfully and profitably enter new markets as well as the significant opportunity to leverage its competitive advantages in new markets, including in North America, aligns with our original investment thesis and makes Novibet an ideal partner for Artemis, ” said Holly Gagnon, Chairperson and Co-Chief Executive Officer of Artemis. “Over the last three years, Novibet has consistently grown iGaming and sports betting users while also increasing the number of bets or hands played per user, resulting in a nearly 69% increase in the twelve-month value of each user to $617 in 2021 when compared to 2019.”

“We are confident that Novibet’s proven, efficient, digital-focused customer acquisition strategy and depth of content offerings will enable it to deliver continued profitable growth as it launches its North American offerings beginning early next year,” Gagnon added.

“Novibet has always focused on generating revenue growth that delivers positive cash flow,” said George Athanasopoulos, Chief Executive Officer of Novibet. “As we move closer to launching in additional markets where we can leverage our product and technology advantages, that focus will not waver. Our proposed combination with Artemis will enable us to both accelerate growth in our existing markets and efficiencies enter newer markets. We see a significant growth opportunity in North America as our planned launch of operations in the US, Canada and Mexico will significantly grow our TAM with our expected initial market access agreements for seven states enabling us to reach 14% of the US population. with approximately $135 million of expected unrestricted cash (assuming no redemptions) and positive cash flow from operations, we will be well-positioned to opportunistically pursue accretive acquisitions that can further grow our revenue and profitability. We believe our execution on these strategies will result in consistent cash flow growth which, combined with our new access to the US financial markets, will help us to continue to invest in growth opportunities and drive significant long-term shareholder value.”