The Sixers had a disastrous day at the office against the Scorchers. Bowling first, they allowed the Perth openers to get off to a flyer, Kurtis Patterson getting 64 and Josh Inglis 79.

The brilliant Mitch Marsh played a good little cameo to score 28 off 21 and the Sixers were looking at a steep 190 to win, against a superb bowling attack.

They would have needed to get off to fast start but instead, lost early wickets and kept on losing them.

The only reason was there was any respectability at all about their reply (they got to 141) was because of a highly unlikely 66 off 28 from number nine Ben Dwarshius.

Still, their reward for finishing Top 2 in the Group Stages is that they get a second bite of the cherry.

Jack Edwards has Covid, so misses out. Daniel Hughes was injured in the warm-up of that Scorcers match and it will be nip-tuck as to whether he’ll make it. They need him.

If the Strikers go on to win this year’s BBL, it will rank as the most win in the competition’s extraordinary history.

They were dead and buried at one stage. Prolific wicket-taker Wes Agar got injured, star batsmen Travis Head and Alex Carey were on Ashes duty, talisman Rashid Khan was called up by Afghanistan, a couple of players were ruled out after they got Covid.

At one stage it looked like their whole gameplan revolved around batting first, hoping Matt Short and Jonno Wells scored a few and then defending what they had with their lives.

And now here we are. They’ve won seven in a row to get this far and now have Carey and Head available.

They also have veteran English batsman Ian Cockbain in the side now. His 65 off 38 batting at three won them the game last time out against the Thunder.

Peter Siddle carries on rolling back the years and is a shoo-in for top BBL wicket-taker this season.

If an IPL side wants a highly-experienced, uber competitive death bowler, they could do a lot worse than him.

It’s been a while since we’ve been at the SCG.

Back in late December the Heat posted a paltry 105 against the Sixers, who made a real meal of chasing it, only getting home off the last ball of the match.

But the next two games saw higher first innings scores. The Thunder posted 172 to beat the Strikers by 28 runs and then the Sixers scored 197 against rivals, the Thunder.

Steve O’Keefe took 4-18 and Dan Hughes and Josh Philippe both got fifties.

You’d think that in true Aussie-style, both sides would want to bat first.

It’s a choice affair. You can see why. 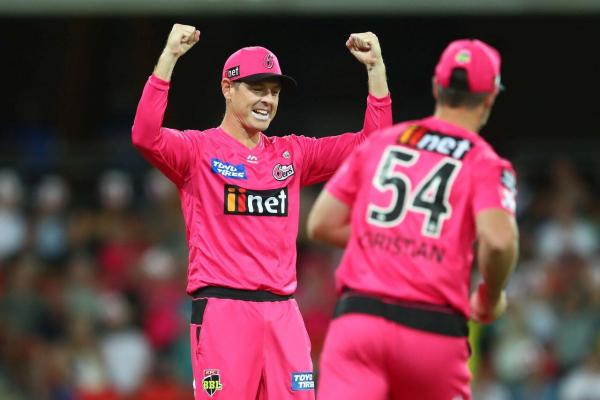 The Sixers are the joint most-successful side in the BBL’s history, were good in the Group Stages, have a lovely balanced to the side thanks to the likes of Dan ChristianSean Abott and Hayden Kerr and have a 10-6 winning record against the Strikers.

On the flipside, they’re fresh from a bad beating at the hands of the Scorchers.

The Strikers are the form team, on a fantastic winning run, high on confidence and boasting the league’s top wicket-taker. They’ll feel they can beat anyone right now.

They each won a match in the Group Stages when facing each other.

And I really can’t split them. So, I won’t. There are better bets elsewhere.

Now, that’s normally the price about a Rashid Khan or Jasprit Bumrah of this world, not a 37-year old best known for eating an obscene amount of bananas every day and being able to bowl incredibly long spells in Test cricket a few years ago.

His strike rate of 12.3 is superb and only in one match did he not take a wicket.

He’s generally been good for two wickets a game, which could end up being enough, or at least to tie. But his form suggests he may well get to three, in which case he’d almost certainly be home and dry.

All things considered, that price isn’t to be sniffed at, especially because we know he’ll bowl at the death.

The most likely thing to happen is that a Philippe, Henriques or Hughes (if he plays) wins the Sixers’ top batsman market. They are after all, the favorites.

But that’s not how betting works.

A repeat of their batting collapse the other day, especially if they’re left with no choice but to go for broke again chasing a big score, could open the door to a lower-middle order player. 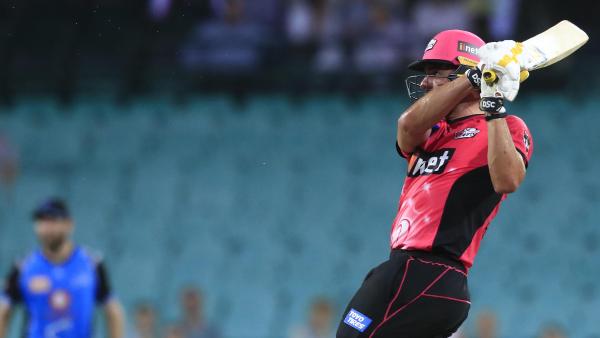 Dwarshius and Kerr are much shorter than him in price but I’m not sure why. He’s very likely to bat at sevenahead of them, and he has a much better record than the pair of them.

And, here’s the real kicker: the last time he was at the SCG he top scored for them in that last-ball win, scoring 37 not out.